The Laborers’ International Union of North America—is the most progressive, aggressive and fastest-growing union of construction workers, and one of the most diverse and effective unions representing public service employees.

LIUNA members are on the forefront of the construction industry – a sector that is a powerhouse of 12 million workers producing 5 percent of our countries’ economic output.

A half-million strong, we are united through collective bargaining agreements which help us earn family-supporting pay, good benefits and the opportunity for advancement and better lives.

Born of strife and struggle, LIUNA members have been uniting for better lives since the 1836 when the first recognized Laborers union was established in Philadelphia. Hundreds of Laborers Local Unions existed across North America at the turn of the century but they were only admitted to the early AFL as “Federal Locals.” 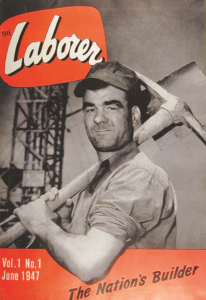 But in 1903, Samuel Gompers, President of the American Federation of Labor (AFL), sent out a convention call to independent local Laborers’ Unions, urging them to join together and establish an international union of construction laborers. On April 13, the International Hod Carriers and Building Laborers’ Union (IHC and BLC) was founded. The first convention, held in Washington, D.C., was attended by 25 delegates from 23 Local Unions in 17 cities, representing 8,186 Laborers. A Declaration of Principles was adopted during the first convention. The delegates elected Herman Lilien, a Belgian immigrant from Chicago Local Union 4, as General President. He served as General President until 1905.

The first Constitution was published in three languages: English, German and Italian.  The Charter application claimed jurisdiction over the following:

During his time as General President, D’Alessandro guided the union through tremendous growth as well as jurisdictional victories from rival construction trades unions.

In 1912, the young union went through two name changes becoming the International Hod Carriers and Common Laborers of America and then the International Hod Carriers’ Building and Common Laborers of America. A hod is a tray or trough that has a pole handle and that is used to shoulder loads of materials such as mortar or brick on a construction site.

In 1920, the union had 548 Local Unions with a membership of 96,143. Through his leadership the union supported the rights of African-American trade unionists to be accepted as equals.

From pay to training to retirement, LIUNA members live better.

Men and women working in the construction industry see the difference a union makes in every paycheck.

A union helps neutralize pay discrimination.  The most recent report from the Bureau of Labor Statistics shows:

LIUNA has one of the best continuing FREE education systems in the world.

LIUNA members are safer on the job.

Workers within a union also have an advantage when it comes to HEALTHCARE and RETIREMENT.  The Bureau of Labor Statistics National Compensation Survey reports: 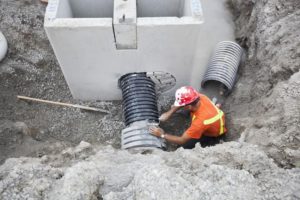 Members are the key to LIUNA’s strength. They choose the union’s leaders and leaders are accountable to them.

Members run LIUNA, electing officers at all levels and participating in the day-to-day affairs of their Local Unions. Members set priorities for contracts and are the key in the union’s growth and success at increasing market share and political strength.

In 2001, delegates elected Terry O’Sullivan, General President and Armand E. Sabitoni General Secretary-Treasurer. In 2006 and again in 2011, delegates re-elected both to office, as well as the General Executive Board.